We strongly believe that the automotive business is as much about people and their relationships as it is about vehicles. We have grown an automotive consultancy built around a team of highly motivated people who are specialists in all areas of the automotive market. They possess a deep understanding of the challenges manufacturers and dealers face in today’s highly competitive environment, together with the insight needed to succeed.

We believe in providing excellent service that is both responsive and reliable. Meet our Senior Management Team who would be delighted to answer any questions you may have about our products, bespoke software solutions or automotive consultancy services. 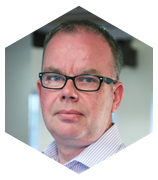 Seamus joined the senior management team at Qube in April 2013.  With 30 years’ experience in the automotive industry Seamus has an impressive knowledge of the intricacies of the automotive market.  He has held senior management roles at both manufacturer and dealer group level. Prior to joining Qube Seamus spent 5 years as Operations Manager within Toyota GB head office managing both Trade and Bodyshop programmes including specialist projects.

Having been based “up North”, Seamus has recently made the big move to Kent with his family.  His spare time is taken up with sorting out his new house and listening to dubious 80s music. 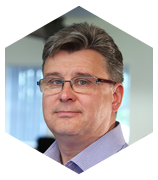 Matt is a founder Director of Qube with over 20 years’ experience working with automotive clients.  He specialises in database and web design and has in depth knowledge of our interfaces to the Dealer Management Systems (DMS) across the UK and Europe. He has worked with many motor manufacturers on DMS data capture and bespoke reporting systems across the UK and Europe. Prior to Qube, Matt worked within the ﬁnancial sector developing financial reporting systems for Unit Trust and Investment Funds.

In the office, Matt shuns the title of Director and prefers to be called “Chief Nerd” or “Captain my Captain”. At home Matt spends his spare time cooking or taxiing his daughters around. He likes shooting and is a frequent visitor to the local hostelry where he can be found trying to convince the other patrons that he invented the internet. 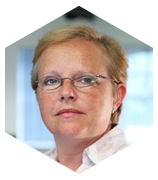 Liz has a wealth of experience in both the property and automotive industries, including 14 years as a Director with an international consulting firm. She joined Qube in 2012 and specialises in Project Management, Procurement and Business Development. She has managed Qube’s European accounts since the launch of our multi-language and multi-currency product.  Liz is responsible for all things financial, which is unfortunate since she doesn’t like spending money.

In her spare time, Liz enjoys walking in the countryside and skiing when she is allowed to take a holiday. 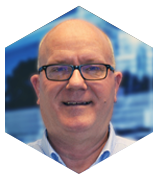 Mark has considerable experience in the automotive industry having worked initially in the motor factor sector which included running his own successful motor factor business.

Joining Qube in 2016, Mark brought all his years of experience to help support and develop Qube’s business, to date he has been working with several major manufacturers including Toyota, Lexus and Nissan.

As for hobbies and passions, Mark is an avid supporter of Tottenham football club being a season ticket holder with all the ups and downs along the way. He is also keen on cooking and specialises in both Italian and Indian and when time allows is a keen walker at weekends.

What our clients say

“QUBE have been a supplier to Nissan Motor GB for many years. Their system, experience and support has been key in developing our business. Providing a tailored and flexible solution to meet the market place and our individual business requirements.”
Nissan GB
“First class service delivered on a business critical system solution. The support, business understanding and advice on future development is invaluable.”
Toyota GB

Contact us today to find out how our solutions and products can transform your automotive business.